Here is the second generation Xperia 1… let’s quickly move on to its strange name to focus on its technical characteristics because, on paper, it is neither more nor less than the new flagship of the Japanese brand.

Like most manufacturers today, Sony has taken care of the photo part. No wonder we know the group’s experience in this area. The new model is therefore equipped with a triple lens with ZEISS optics and a 3D ToF sensor:

Sony is focusing on its new autofocus technology that works with continuous shots up to 20 frames per second. It also has a mode Real-Time Eye AF for eye tracking of people and animals. A system that is found in some hybrids, such as the Alpha 6400. According to Sony, fast focusing would work in daylight as well as in low light, which we will not fail to check. The Cinematography Pro application is back, it can now record in 2K at 120 frames per second and in Cinematic 21/9 format in 4K HDR at 24/25/30/60 frames per second.

The design of the new Xperia 1 is evolving smoothly. We find a 6.5 inch Oled panel with an elongated 21: 9 format and a definition of 1,644 x 3,840 pixels. A choice that makes getting started easy. Sony, on the other hand, remains strangely unclear on the panel refresh rate and talks about a 90 Hz equivalent – hard to know what that means.

High-end requires, it is animated by a SoC Snapdragon 865 5G compatible and associated with 8 GB of RAM and 256 GB of storage. We note the presence of a 4000 mAh battery compatible with wireless charging and which would make it possible to recover 50% of autonomy in 30 minutes. Sony indicates that it has the audio part with stereo sound on the front. For those who are wondering, the 3.5mm jack is always present. Finally, it is protected on both sides by a Corning Gorilla Glass 6 and has an IP68 certification.

The Xperia 1 II will be available next spring for the price of $ 1,199, in two colors: black and purple. A very high pricing position which risks discouraging many users.

Sony announces availability in spring 2020 and two colors: black or white. A 5G compatible variant could also arrive in 2020 with a Snapdragon 765G SoC. 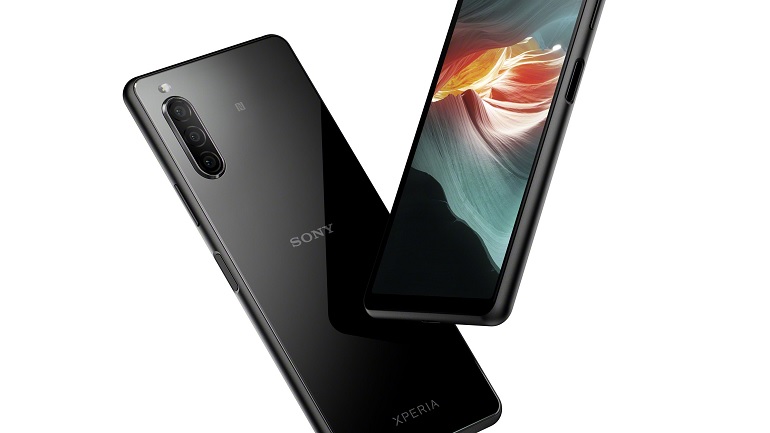