The Galaxy Note 9 is a key smartphone for Samsung. With its new S Pen compatible with Bluetooth which makes it a remote control for the camera or video player, its 4000 mAh battery and its camera infused with artificial intelligence, the 6.4 inch phablet is the most powerful and innovative of the year at Samsung.

It is also the last high-end smartphone before the arrival of the Galaxy S10 expected in March, the manufacturer’s best chance to compete with the 2018 iPhones (expected in September) and the Pixel 3 from Google (October). Not to mention the increasingly fierce competition from Huawei, which now ranks second in the world smartphone market. In France, the Galaxy Note 9 starts at 1009 euros in its 128 GB version, the same price as the Note 8. The model with 512 GB of storage is 1259 euros. He is already available for pre-order with a delivery date from August 24. 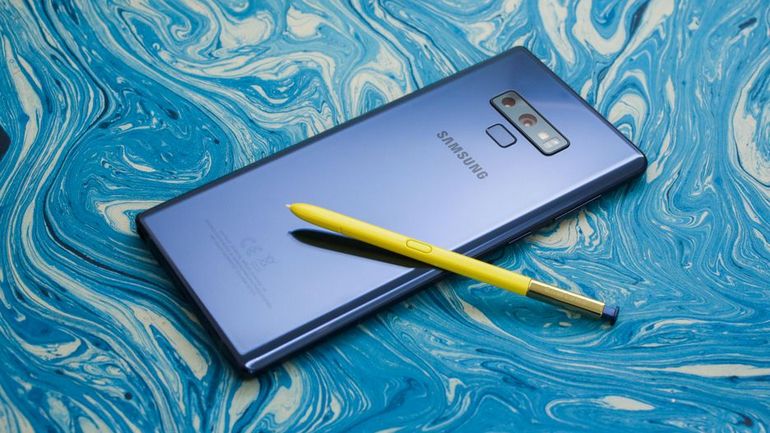 When taken in hand, the Note 9 does not appear so different from its predecessors. If we remove the stylus and the 512 GB of storage, the rest of the smartphone is similar to an evolution of the Galaxy S9 this year and the Note 8 of last year.

The S Pen 2018 equipped with a Bluetooth Low Energy antenna is presented as the flagship new feature of the Note 9. In addition to being able to write, draw, navigate and create messages, the S Pen offers to remotely control certain actions via the Bluetooth connection . For example, a long press on the stylus button activates the camera, a double press switches from the rear camera to the front camera and an additional press to take a photo. There is a special menu that allows you to customize the actions remotely according to the application and the context. Here are some examples: control the scrolling of a PowerPoint presentation, control the playback and change of title in the music player, control Spotify. Samsung plans to open its development kit so that other applications can adopt the Bluetooth mode of the S Pen.

A fun detail: when taking notes from the lock screen, the writing color is the same as that of the stylus is yellow, mauve, white or copper. We also have the possibility of returning to a white line for those who prefer classic. 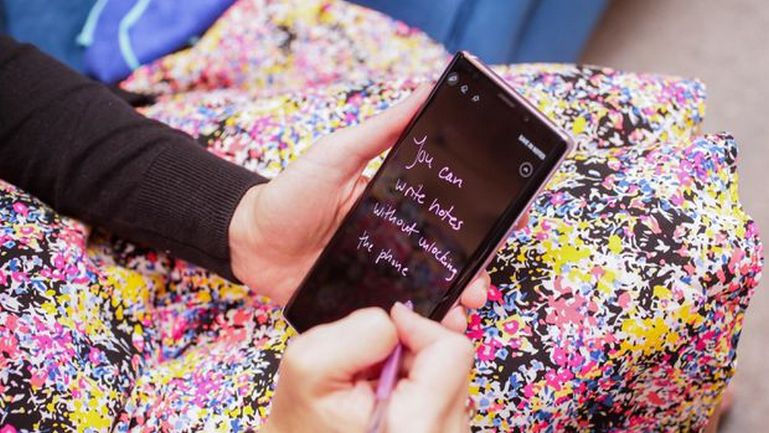 We find the same photo configuration as the Galaxy S9 +, namely a double 12-megapixel photo sensor on the back, one of which changes the aperture as soon as it detects low lighting conditions. At the front, it’s an 8 megapixel sensor for selfies. The 2018 novelty is at the software level, with the presence of an AI which analyzes the scene to detect the subject taken in the photo (a person, a plant, an animal, food …) then optimizes the white balance, the saturation and contrast to take the best possible shot. Another new function, the AI ​​can invite you to take a photo if it considers that it risks being missed because the subject has blinked or moved, if the lens is dirty or if the backlight is too intense . 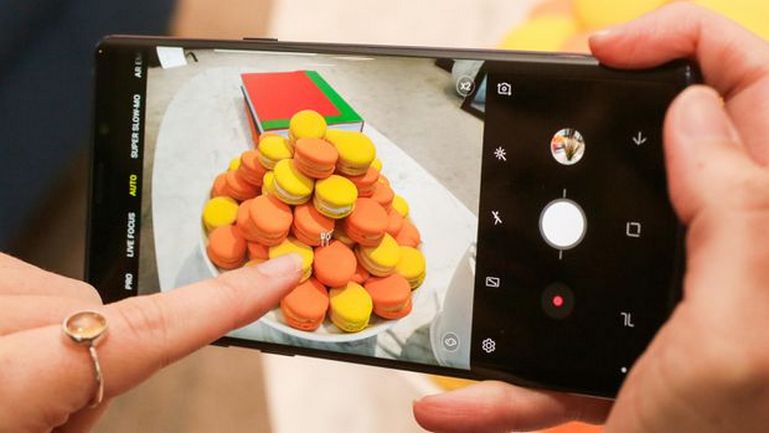 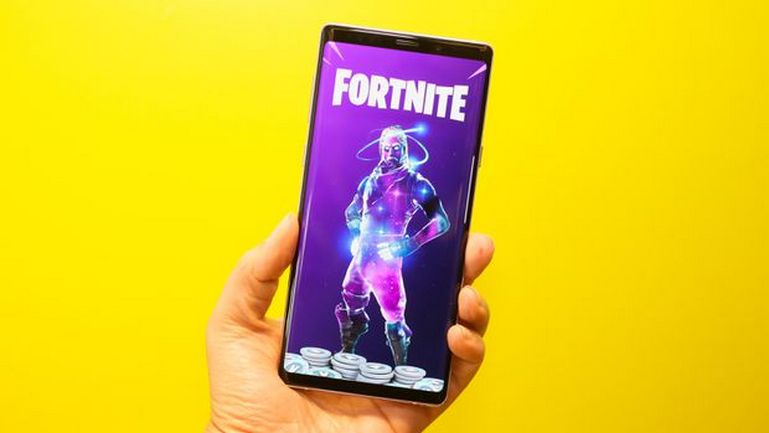