Apple initially released the iPhone 12 and 12 Pro on October 23, followed by the iPhone 12 Pro Max a few weeks later. And plenty of reports about overheating issues on all three devices have already began to pour in.

There are several complaints listed on the official Apple forums as well as on Reddit for the same. My iPhone 12 Pro gets notably warm with very light use. No, not while plugged in. I am referring to regular use while not plugged into a charger. I have 5G turned off and it still does this. The moment I start using it, my fingers feel warmth radiating from the middle-left area of the phone. The right side feels cool to the touch by comparison. Again, this is with very light usage. I’m on the latest version of iOS. I had the 11 Pro before this and it did not have this issue.
Source

Yes had the same issue. No overheating while setting up the phone or charging, but playing a basic game on fios WiFi, the phone and especially the metal rims got so hot so quickly, it was hard to hold without a case. Not great at all as my 11pro had no issues.
Source

The issue seems to be mostly related to the iPhone 12 Pro, but there are exceptions. Several users have also complained of overheating issues on their iPhone 12, and even the recently released iPhone 12 Pro Max.

So the issue does seem to be spread across the entire lineup. However, it is important to note here that these reports only make up a small proportion of the total units, as the reviews for the devices have mostly been positive.

Nonetheless, the reports are still too many to be overlooked. The problems were initially linked to the fact that the devices were new and it takes time for phones to settle down after initial setup and data transfer.

The complaints have only continued to pour in ever since. Several users have also stated that they are way past the setup stage now, yet the heating issues persist.

Upon a deep dive into the issue, we found that the problem cannot be narrowed down to a single culprit. Users have faced overheating in various scenarios.

Some say it occurs only while charging. Others say while FaceTiming or gaming. Yet many others have stated that they face it when performing regular tasks like browsing too.

Anyways, if you are one of the users facing this issue, then worry not, for we have compiled a list of possible causes along with their respective workarounds. Try the one you feel is the most apt.

Or you can simply try them all and watch in horror as your phone slowly transforms into an expensive looking slab of ice (just kidding).

If you are one of such users, then you may take a sigh of relief as this behavior is pretty normal. Initial setups can be extremely resource-intensive, be it on whatever phone, and a level of heating can be expected.

Allow the device to settle down for at least 48 hours before checking again. If the issue persists, then proceed to the next set of workarounds.

1. Check for background apps with abnormal usage from the battery settings on your iPhone. Such apps may run in the background and put unnecessary loads on your phone’s processor.

You can also head over to “Settings > General > Background App Refresh” and turn off apps you don’t want running in the background.

2. Another point worth noting here is that plenty of users have traced overheating to the Waze app. They say that uninstalling it has helped ease the issue along with improving battery life.

3. Alternatively, you can disable iPhone analytics. To do the same, head to Settings > Privacy. Next, scroll down to “Analytics” and deactivate “Share iPhone Analytics”.

4. You can also try restricting location access to apps that you don’t feel that require it. You can do this via Settings > Privacy > Location Services. Next, select an app and change the “Precise Location” switch to on or off, as desired. 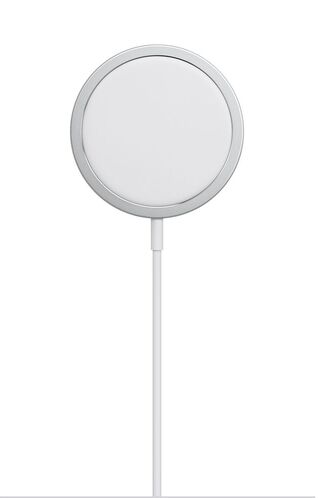 The Apple MagSafe Charger for iPhone

3. Charging: Several users have also faced overheating while charging – both wirelessly and with a cable.

I pre-ordered the iPhone 12. It did get a little warm while setting it up. But it has continued to be very hot while I charge it, and I don’t have a wireless charger. I’ve just been using the same chargers I was using for my previous iPhone 11. I just took my phone off the charger, it was charging for about an hour, And when I went to go pick it up it was so hot I could barely touch it.
Source

If you face the same issue as the above user, then it is quite possible that your charger is faulty. Make sure you use an officially supported charger for the same.

Also try charging it in a cooler environment. You’d be surprised to know how hot a device can get if you leave it charging under direct sunlight, so it’s best to avoid such locations.

Not much can be done for cell reception apart from walking up to the nearest 5G tower, which is obviously not feasible. But hey, at least you now know why your phone’s heating up when you have a poor signal.

5. Faulty unit: If you have tried everything given above and the device continues to get abnormally warm, then it could be quite possible that your unit is faulty. Replacing it will surely fix the issue.

That being said, let us know in the comments below if the above workarounds fixed the iPhone 12 overheating issues for you.

Also be sure to check out our dedicated iOS 14 bug tracker for further coverage on issues like these.

PiunikaWeb started as purely an investigative tech journalism website with main focus on ‘breaking’ or ‘exclusive’ news. In no time, our stories got picked up by the likes of Forbes, Foxnews, Gizmodo, TechCrunch, Engadget, The Verge, Macrumors, and many others. Want to know more about us? Head here.